Radio Head: Up and Down the Dial of British Radio por John Osborne 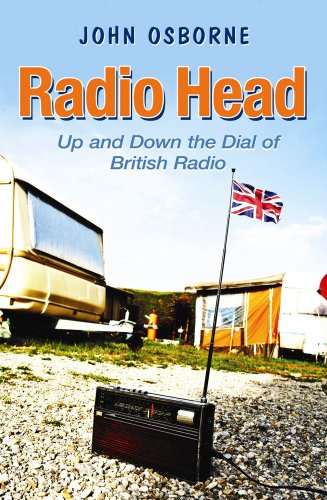 John Osborne con Radio Head: Up and Down the Dial of British Radio

John Osborne has long been a fan of radio - from late night sessions of John Peel to Test Match Special at dawn, he has always enjoyed tuning in to the riches of our best broadcasts. When his dull temporary job became drearier than ever, John decided to remain attached to his headphones all day to listen to some of Britain's more unknown stations as well as revisiting the mainstream to fully experience the breadth of our radio output. The result is a funny, disarming ride through aspects of Britain that are uplifting, informative and sometimes plain bizarre. Throughout his month of intensive radio listening, John flits through talk radio, sports shows, dips into the mainstream and the minority, exalts in specialist music shows, comedy and local radio before expanding his mind with an experimental arts channel. It seems there is something for everyone at the turn of a dial, whether that is the ranting of the permanently enraged, the gentle tinkle of a string quartet, West Indian stomp or the sound of frozen peas being thrown around Elephant and Castle underground station. John also gets under the skin of the radio business by interviewing presenters such as Mark Radcliffe and Nicholas Parsons as well as industry insiders. John's daily life is directly affected by his radio habit as he finds himself organising a poker night during exposure to The Jazz, and Zane Lowe's energy on Radio One goads him into cooking his stir fry at the same speed as Morecambe and Wise prepared their breakfast. Finally, John decides to turn his life around and radio becomes hissaviour.