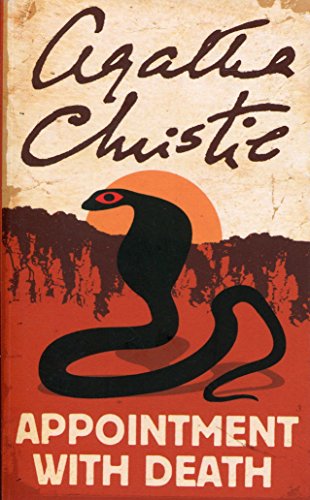 
“Twice as brilliant as Death on the Nile, which was entirely brilliant”
Observer

From the Back Cover


Among the towering red cliffs of Petra, like some monstrous swollen Buddha, sat the corpse of Mrs Boynton. A tiny puncture mark on her wrist was the only sign of the fatal injection that had killed her.

With only 24 hours available to solve the mystery, Hercule Poirot recalled a chance remark he’d overheard back in Jerusalem:
‘You do see, don’t you, that she’s got to be killed?’ Mrs Boynton was, indeed, the most detestable woman he’d ever met…

Agatha Christie was born in Torquay in 1890 and became, quite simply, the best-selling novelist in history. She wrote 80 crime mysteries and collections, and saw her work translated into more languages than Shakespeare. Her enduring success, enhanced by many film and TV adaptations, is a tribute to the timeless appeal of her characters and the unequalled ingenuity of her plots.

‘Twice as brilliant as 'Death an the Nile', which was entirely brilliant.’
THE OBSERVER


Agatha Christie was born in Torquay in 1890 and became, quite simply, the best-selling novelist in history. Her first novel, The Mysterious Affair at Styles, written towards the end of the First World War, introduced us to Hercule Poirot, who was to become the most popular detective in crime fiction since Sherlock Holmes. She is known throughout the world as the Queen of Crime. Her books have sold over a billion copies in the English language and another billion in over 100 foreign languages. She is the author of 80 crime novels and short story collections, 19 plays, and six novels under the name of Mary Westmacott.